We rise for abortion rights

Our rights are not up for debate!

Abortion is legal throughout most of the EU, though the circumstances under which the termination of a pregnancy is allowed, vary according to each country. This means that access to abortion for people in the EU area is not the same for all, as it is considered a matter for national governments.

This September, abortion rights took another setback in Europe.

❌ Sweden saw the rise of the far right in its elections, risking the progress for gender equality and LGBTIQ+ rights in the country.

❌ Finally, Italy, a country that legalized abortion in 1978, voted in favor of a party spearheaded by abortion critics, who want to make access to abortion harder than before.

We now need your support for our call to make make abortion free, accessible and safe for everyone - no matter where you live!

Where are we now?

✊ In a huge win for our rights, in June 2021, the European Parliament declared access to safe abortion a human right.

✊ In July 2022, EU lawmakers voted in favour of a resolution criticizing the US Supreme Court’s draft decision to overturn the landmark Roe v. Wade case - that guaranteed abortion as a constitutional right

✊ Finally, MEPs voted for a third resolution on the topic, specifically calling for including abortion rights in the EU Charte of fundamental rights. 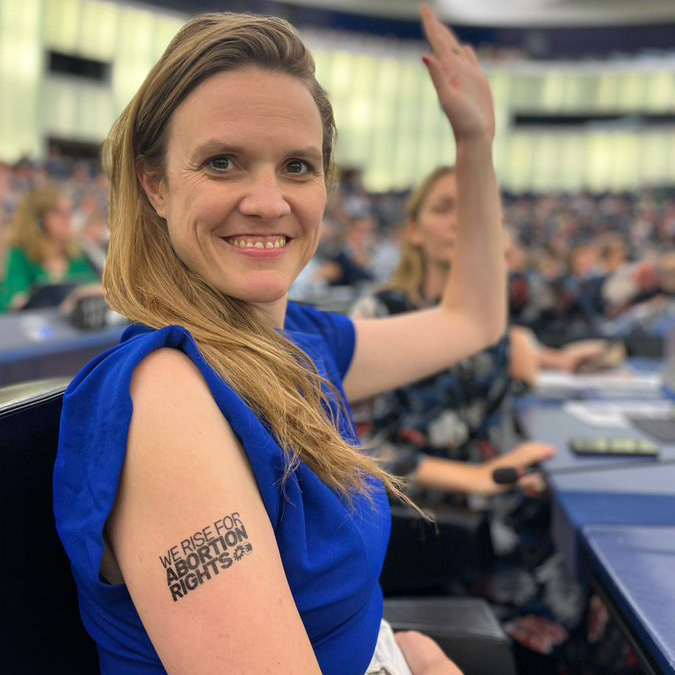 How can you help?

This #SafeAbortionDay, show your support for introducing the right to abortion to the charter by spreading the message - loud and proud!

If you join our campaign and subscribe to our updates, we will send you our promo pack with a temporary tattoo (like the one Terry is wearing), postcards and stickers.

Sign up for our updates and receive your promo pack with stickers, postcards and temporary tattoos by mail. (Already subscribed? Just fill in the form and we will send you a promo pack as well. 📦)